Half Of Abba To Miss Hall Of Fame Induction Ceremony 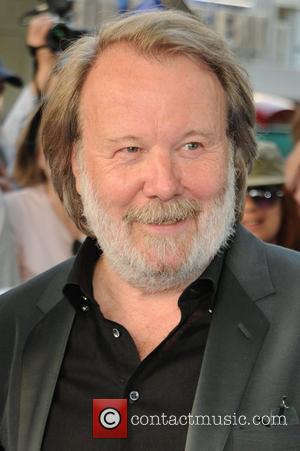 Organisers of Monday night's (15Mar10) Rock & Roll Hall of Fame Induction Ceremony in New York have been dealt another blow - only half of Abba will be there.
Fans and Hall of Fame officials were hoping former couple Bjorn Ulvaeus and Agnetha Faltskog would join their former bandmates, Benny Andersson and Anni-Frid Lyngstad, for a rare reunion at the gala event, but they've chosen to stay at home in Europe.
Ulvaeus has a prior commitment and Andersson has revealed Faltskog "doesn't like to fly".
And now it seems Andersson and Lyngstad won't perform either - instead Faith Hill will belt out Abba hits.
But pianist/songwriter Andersson tells Billboard.com that might change over the weekend: "I’ll see if I can play something from the old catalogue."
Faltskog and Ulvaeus won't be the only 2010 Hall of Fame inductees missing from Monday's proceedings - Peter Gabriel has ruled out an appearance with his former Genesis bandmates, because he's too busy with upcoming tour preparations and The Stooges will be without guitarist and founder Ron Asheton, who died last year (09).