The former Abba star has announced an unexpected pop comeback 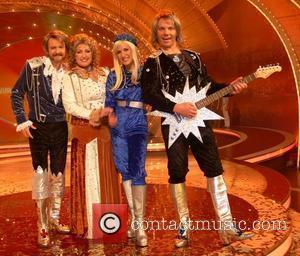 Abba singer Agneta Faltskog is staging a pop comeback, at the age of 62. In May, the Swedish singer will release a new album entitled simply ‘A.’ The news has fuelled speculation that we may have an ABBA reunion on our hands but right now, it’s all about Agneta. “Never thought that I’d ever sing again. But hearing the first three songs, I just couldn’t say no!” said Faltskog, in a statement. "I hadn’t written any music for a long, long time,” she explained. “But I sat at the piano, and suddenly it was there."

She has a stellar team on her side; she’s been working with Jorgen Elofsson, who has worked with Britney Spears, Kelly Clarkson, Westlife and Celine Dion and a marketing team have nudged the veteran pop star into the world of social networking and building an online presence. Elofsson explains that they approached a new album from Agneta as of she were a new songwriter, without her pedigree. “We wanted to make this as if Agnetha hadn’t entered ABBA,” he said. “We were interested in what she sounded like if she hadn’t been in the group. And yet it’s important that she comes across as we remember her to be.”

Watch the video for new single 'When You Really Loved Someone'

“She wanted to make music again,” he added, “We could feel that. She had been thinking about it. Basically, she’s a musician, a songwriter/singer who hasn’t done that for a while. We saw her open up, become much happier, with music again in her life.” Abba Have Influenced Tons Of Tribute Fans Over The Years