Agentha Fältskog never thought she would make a new record

Abba's Agentha Fältskog never thought she'd make a new album and admits she had to go through a lot of vocal preparation for her comeback album, 'A'. 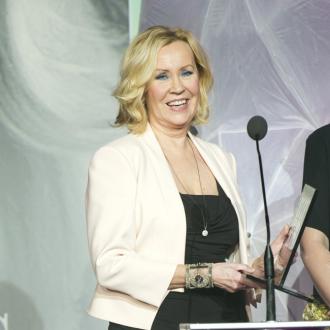 The 63-year-old Swedish singer - one of the hugest pop stars of the 70s - is returning with 'A', her first album since 2004, and admits she struggled to get her vocals back into shape for it.

She said: ''I never thought I'd ever make a new record. Not at my age. I love to work in the studio. It's my second home, but there were lots of things to overcome at first.

''I strained my voice when I first started singing, and it wasn't giving me the results I wanted. I also had little self-confidence and wasn't sure if I could sing well again, so I took some singing lessons to learn how to breathe properly and work my vocals.''

Grammy-winning Jörgen Elofsson - the man responsible for pop hits including Kelly Clarkson's 'Stronger' - and his writing partner Peter Nordahl are behind many of the songs on the record, but one track, 'I keep Them On The Floor Beside My Bed', was co-written by Angetha, reflecting on her life.

She added to The Sun newspaper: ''I just thought [the song] should sound like a nursery song for children. Then I explained to Jörgen how I wanted it to sound and how I came to the lyrics and he said, 'I'm going to help you with the lyrics.'

''It was the idea of nostalgia and memories that inspired the song. I was thinking of photos, mementoes and books that I keep on the floor, as many women do. We look at them and remind ourselves of past memories. So that was the idea and it became a love song.''