Abba To Reform For One-off Show?

Abba could be set to reform following claims by band member Agnetha Faltskog she would be keen to meet up and ''perhaps perform together''. 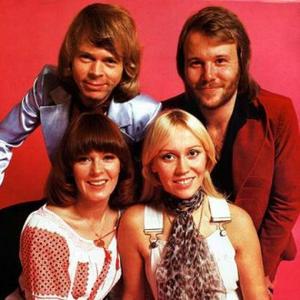 Abba could reform after more than 30 years apart.

Agnetha Faltskog - one fourth of the group alongside Anni-Frid Lyngstad, BJORN ULVAEUS and BENNY ANDERSSON - has confirmed she would like to "chat" with her former bandmates about the possibility of doing a one-off show, despite previously hinting she did not want to revisit the past.

The 60-year-old Swede said: "I feel it would be fun to meet, chat about the old days and perhaps perform together.

"We would not get together again for a tour like the Rolling Stones and some other old bands do. But I think we would all consider a one-off reunion, maybe for a good cause."

Agnetha - who has made three solo albums since splitting with the 'Waterloo' hitmakers - added she was "uninterested" in the idea of any further fame because of how high-profile she was a young adult.

She told Swedish magazine M: "I am uninterested in appearing in newspapers and on television. Many people think that I am striking a pose - that I want to create a sense of shyness. But it's just not something I want to do.

"I overdosed. When I was 15 I became a full-time singer in a band. At 18 I made my first record. When I was 25, Abba was formed. After Abba I made three solo albums. Maybe I have been productive enough."

In December, it was claimed the band - who rose to fame on the Eurovision Song Contest in 1974 - would perform at the Royal Wedding of Prince William and his fiancee Kate Middleton on April 29.

Bookmakers Ladbrokes put odds of 1/2 the Swedish group would perform at least one concert before 2015 and 66/1 they would sing at the wedding.