The group have formally reunited in the studio to record two new songs together, with one to be broadcast in December.

Reformations and reunions are very in fashion at the moment, but perhaps the most unlikely and highest-profile has happened, with Abba announcing that they’ve recorded their first new music together in over 35 years.

The legendary Swedish quartet, comprised of Agnetha Fältskog, Björn Ulvaeus, Benny Andersson, and Anni-Frid Lyngstad, broke up in 1982, shortly after the release of their eight album The Visitors. Together, they notched a total of nine UK chart-toppers in their career, but their split was one of the most acrimonious in pop history.

However, the four have been known to have gotten back in contact in recent years on a number of different projects acknowledging the band’s legacy. Today, though, represents something else entirely, with Abba announcing that they have recorded two new songs together. 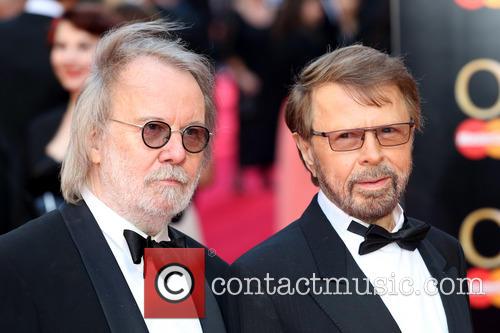 Bjorn and Benny from Abba

“The decision to go ahead with the exciting Abba avatar tour project had an unexpected consequence,” the statement on Friday (April 27th) read.

“We all felt that, after some 35 years, it could be fun to join forces again and go into the recording studio. So we did. And it was like time had stood still and we had only been away on a short holiday. An extremely joyful experience!”

“We may have come of age, but the song is new. And it feels good,” the message on Instagram concluded.

One of the two new tracks, titled ‘I Still Have Faith In You’, is set to be heard for the first time on a TV special that will be broadcast in December 2018.

Earlier this week, one of the group’s songwriters, Björn Ulvaeus, revealed details of the band’s much-anticipated avatar project. This is the end-result of what was first floated over two years ago as a kind of immersive, digital experience.

The centrepiece is the aforementioned two-hour TV show, which will see Abba perform as computer-generated avatars. Ulvaeus said that the band members had been digitally scanned and “de-aged” to look like they did in 1979, during their third and final tour. Those avatars are then set to tour the world in 2019.

More: The five best break-up albums of all time