Everything You Need To Know About Fox's 'Grease: Live'

A new stage adaptation hits the small screen this month.

Yet another much-beloved musical is set to hit the small screen for a live showing in the form of 'Grease: Live', starring the likes of Julianne Hough, Aaron Tveit and Vanessa Hudgens - plus, a special cameo from singer Joe Jonas. And, unusually for a televised musical, it will be performed in front of a live audience of 700. 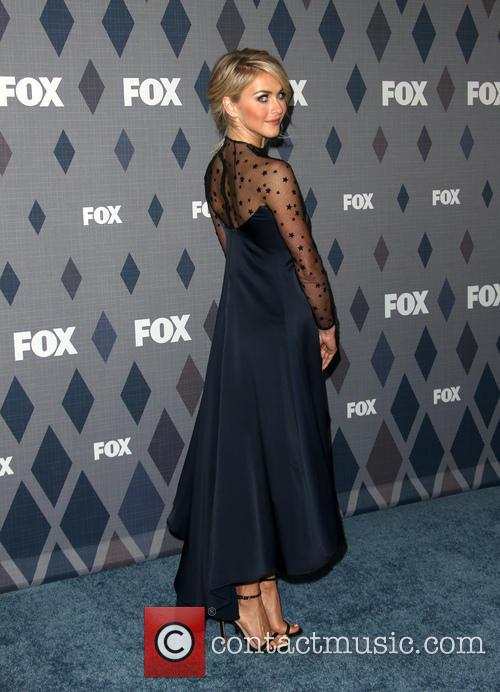 Following the success of 'The Wiz' and 'The Sound Of Music', a modern twist on 'Grease' will hit Fox on Sunday night (January 31st 2016) with Hough, Tveit and Hudgens in the lead roles of Sandy, Danny and Rizzo. It's an exciting main cast, given that we're already aware of their talents from 'Rock of Ages', 'Les Misérables' and 'High School Musical' respectively.

Continue reading: Everything You Need To Know About Fox's 'Grease: Live'

Hazel is a teenage girl with a particularly acute case of agoraphobia; a fear of wide open spaces. Not only does this girl avoid going outside, she barely leaves her room and avoids windows at all costs. Hazel's on medication to control her anxiety, but her mother Dee decides that it's about time she sought proper treatment for her daughter which is when she discovers a remote clinic in the desert specialising in her condition. Hazel is shut in the trunk of a truck with a torch for the journey there to keep her calm, and her hiding place is overlooked when the van is suddenly jumped by two masked and armed robbers named Jesse and Pru. Shots are fired and Hazel eventually emerges to find her mother critically injured. Their destination is only a few miles away but now it's in Hazel's hands to get help - and that means facing her demons once and for all.

Graceland is created by Jeff Eastin (NBC's Hawaii, USA's White Collar), and follows members of separate law enforcement branches who are required to work - and live - together undercover in a Californian beach house in an hour long show. '

Described as "grittier" and "more complex" than White Collar by The Washington Post, the story and setting are said to be based on real-life events where a beach house, that was seized in the 90s by the feds, is used as a base for undercover agents. The name 'Graceland' comes from the name of the house - after its previous drug dealing owner's obsession with Elvis.

The first episode focuses on Mike: a Virginian played by Aaron Tveit, who you may recognise from Les Misérables and Gossip Girl. The move, and subsequent culture-shock Mike experiences, from Virginia to sunny Santa Monica is explored in the pilot episode as he adapts to his new surroundings and unconventional housemates. Mike joins a band of other undercover agents in the mansion, lead by "menacingly ambivalent" senior FBI agent Paul Briggs; who is played by Daniel Sunjata - best known from FX's firefighter drama Rescue Me.

By Rich Cline
Good
Director-cowriter Koepp fills this film with so many whizzy visual flourishes that we might not notice that the plot itself is utterly ridiculous. But as we laugh at every inane twist and turn, the energy is infections as the camera seems to fly right through busy New York City traffic as if we're riding the bicycle right along with the characters, seeing every potential danger spot from their perspective. And it's an adrenaline-pumping ride.

Our hero is Wilee (Gordon-Levitt), who gave up his law studies to become a daredevil courier who believes brakes are for sissies. So it doesn't seem too much to accept a job to carry an envelope for a friend (Chung) from one end of Manhattan to the other. But he's immediately accosted by frazzled cop Bobby (Shannon), who so desperately wants to get his hands on that envelope that we think his buggy eyes might explode. But Wilee is a clever biker determined to do his job, and as the cat-and-mouse chase travels down through the city, drawing in a tenacious bicycle cop (Tveit) and some nasty gangsters, Wilee gets help from his colleagues (Ramirez and Parks).

Jean Valjean was imprisoned in France's Toulin prison for over a decade after stealing a loaf of bread and making several escape attempts. After being paroled, Jean (known as Prisoner 24601) finds himself re-offending and therefore on the run from the uncompromising police inspector Javert who is thoroughly determined to get him back behind bars no matter what. Changing his identity, Jean finds himself at the heart of a revolution known as the June Rebellion in 1832 Paris. Jean eventually becomes a town mayor, while still evading capture, and meets the impoverished Fantine who struggles to care for her illegitimate daughter Cosette. Jean agrees become the child's guardian and brings her up.