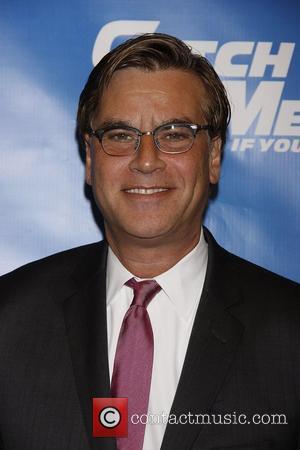 Picture: Aaron Sorkin Opening night of the Broadway production of 'Catch Me If You Can' at the Neil Simon Theatre - Arrivals. New York City,...

Aaron Sorkin has had his TV pilot picked up for a series by HBO which will start with 10 initial episodes.

The series currently working under the title 'More As This Story Develops' is about a cable news network and will star Jeff Daniels as a new anchorman fighting the good fight alongside his boss Sam Waterson along with a news team that includes Olivia Munn and Dev Patel. The 50-year-old director created the highly successful and popular political drama The West Wing as well as writing the screenplay and winning an OSCAR for 2010 movie The Social Network. He is also the creator of other TV series including Sports Night as well as a season on NBC with Studio 60 On The Sunset Strip. Speaking to TV guide Sorkin said how much he was looking forward to the show "I'm loving the idea of coming back to television and taking the same combination of idealism and romanticism and realism that made government sexy on The West Wing and seeing if we can't do the same with the news and journalism, which are held in at least as much contemp."

The New York born director graduated from Syracuse University with a degree in Musical Theatre and intended to become an actor but was unable to find work. Eventually he wrote a script called Removing All Doubt which impressed his former university teachers, from then on he focused his time to writing and has created several successful plays and movies. He recently wrote the script for Moneyball, which is the story of Billy Beane who brings success to a small time baseball team using computer generated statistics to draft players.

Aaron Sorkin Is Sorry For 'The Newsroom'. There. He Said It. Ok?