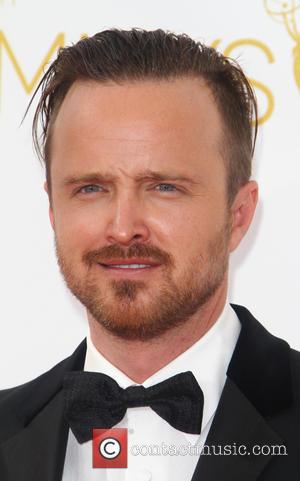 Breaking Bad star Aaron Paul's heartfelt tribute to his wife during his Primetime Emmy Awards acceptance speech on Monday (25Aug14) prompted fans to flood her charity website - and crash it.

The actor nabbed his third trophy for playing Jesse Pinkman on the critically acclaimed series which ended last year (13), and while accepting his Emmy for Outstanding Supporting Actor in a Drama Series, Paul made sure to not only mention the cast and crew of the show, but also his wife, Lauren Parsekian Paul.

Within minutes of mentioning his wife's charity, which aims to end girl-on-girl bullying, the website went down due to a traffic overload, and stayed down through Tuesday (26Aug14).