Aaron Paul thinks London is 'best city in the world'

Aaron Paul admits his favourite city is London because he likes exploring the history of it when he travels from New York. 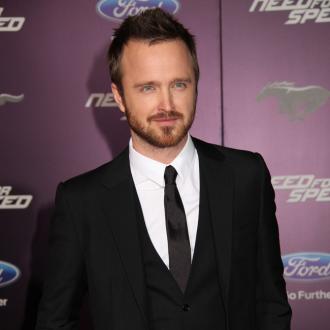 Aaron Paul thinks London is the ''best city in the world''.

The 34-year-old actor, who currently resides in New York, admits the UK capital is his favourite place to travel because he likes to explore the history of it.

He said: ''London is arguable the best city in the world. New York is amazing, don't get me wrong, and there is history in New York, but it's not like the history you get in London. I was there for a few months, Notting Hill was my stomping ground. I've been here a bunch of times but mostly I like to walk round and get a bit lost.''

The hunky star is also a massive fan of the South African restaurant chain Nando's, which is popular in the UK, and he can't help but try out their different chicken wraps when he's in Britain for work purposes.

When asked if he eats anything British, he explained to Stylist magazine: ''I discovered Nando's! I like the spicy sauce, not the super spicy, painful experience, but the middle one. My God, it was so good. It's so good. I'll order half a chicken but then I started doing the chicken wraps, which are phenomenal.''