Actor Aaron Paul Has Apologised To Breaking Bad Fans After Joking About His Plans To Work On A New Spin-off Series. 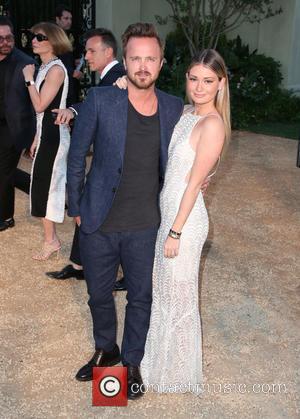 The star, who portrayed Jesse Pinkman in the cult drug drama, took to new social media app Periscope on Monday (15Jun15) to share some "exciting" news with devotees, and revealed he would be reprising his Breaking Bad role for a new show, just like co-star Bob Odenkirk has for his prequel series, Better Call Saul.

Paul went on to detail the series plotline, claiming it would pick up where the original show left off, following the series finale in 2013, and chronicle Pinkman's new life.

However, those who fell for the prank were left disappointed hours later when he admitted it was all a hoax.

Taking to Twitter.com early on Tuesday (16Jun15), he wrote, "Sorry for the joke everybody. I love you all so much. Hugs and kisses".

Better Call Saul launched earlier this year (15). A second season is set to air in early 2016.