In Shanxi, China, 1899, the Kang family is part of a banking empire that is modernly known as China's Wall Street. Lord Kang has no other option than to make his third and least favourite son, Third Master, is an heir to the family business. But Third Master is young and hedonistic and at first refuses. But after a series of events which include the kidnapping of his brother's wife, Third Master is forced to grow up and he unwillingly assumes his role. 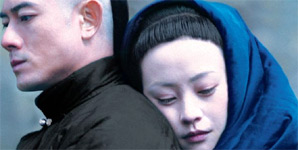