Aaron Taylor-Johnson is in line to portray the lead male role in 'Fifty Shades of Grey', which is to be directed by his wife, Sam Taylor-Wood. 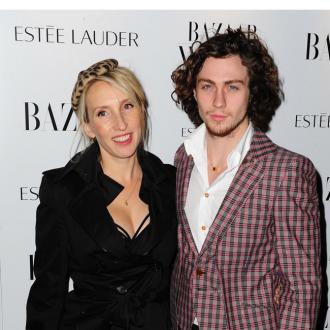 Aaron Taylor-Johnson is wanted for the lead role in 'Fifty Shades of Grey'.

The 23-year-old actor, whose wife Sam Taylor-Wood is directing the upcoming film, is in line to take on the part of bondage-loving billionaire Christian Grey after Charlie Hunnam pulled out of the movie last week, despite worries Aaron's 46-year-old spouse might find it difficult to direct him.

A source told The Sun newspaper: ''Aaron was one of the original choices but the concern was that Sam would have difficulty directing her own husband and that Aaron would feel uncomfortable.

''This is Sam's biggest project to date and having no lead secured yet is unsettling.

''Having her husband by her side makes sense, even if it could be awkward at times. Aaron is in pre-production for the movie 'The Avengers: Age Of Ultron', but they can easily work around the scheduling.

''He's beefed up his body too. The whole project has been pushed back.''

Hunnam officially pulled out of the project due to scheduling issues regarding his TV show 'Sons of Anarchy', but it has also been reported he quit the film after becoming ''overwhelmed'' with his newfound fame since landing the part in early September.