Aaron Taylor-Johnson has revealed he is researching the role of Quicksilver for a potential role in 'The Avengers: Age of Ultron' and is ''honoured'' to be considered for the role. 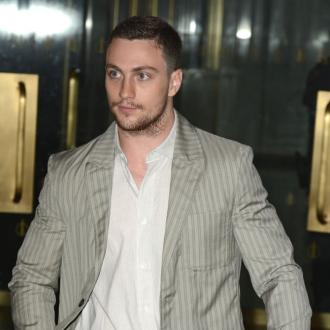 Aaron Taylor-Johnson is exploring Quicksilver's history for a possible role in 'The Avengers: Age of Ultron'.

The 'Kick-Ass 2' actor admits he has met with director Joss Whedon and Marvel Studios president Kevin Feige about playing the speedy superhero in the blockbuster comic book sequel and is trying to nail down his character's motivation and emotional range before accepting the role.

Quizzed about the part, he told BANG Showbiz: ''It's not official yet.

''The important thing to think about and what I'm trying to do at the moment with Joss [Whedon] and Kevin Feige at Marvel is [figure out that character]. Put aside the power, it's like ... who is he? He's this guy from Eastern Europe, he's been abandoned by his father ['X-Men' villain Magneto], he looks after his sister [Scarlet Witch] and they're travellers who have been neglected everywhere they go from village to village. He's super over protective over his sister and defensive. By the way, it goes all the way back to 1947 ... these comic books, there's so much there to work off. If I can't grab the [human element of the character] we're probably not going to go there.

''I was flattered and honoured to be asked to [consider the role]. I don't just rock up and put on the suit. It doesn't work like that. I'm not an actor who does that.''

Although he is already known as comic book character Kick-Ass on the big screen, Taylor-Johnson insists he isn't worried about fans' reactions to him potentially playing another superhero.

He added: ''No matter what I do, people will always just go, 'Kick-Ass'. Then, if I did 'Avengers', they'll just say, 'He's Kick-Ass! He's just doing superheroes.'

''His look - he's got white hair. There's so much to play with and if I can create that character it wouldn't matter; Dave Lizewski as Kick-Ass wouldn't look anything like [him].''