Aaron Taylor-Johnson might seem pretty subdued for a 23-year-old Hollywood actor, but – according to him – he lived a pretty crazy life before he met his older wife, Sam Taylor-Johnson, who is 23 years his senior. He was smoking, drinking and…. well that was it. 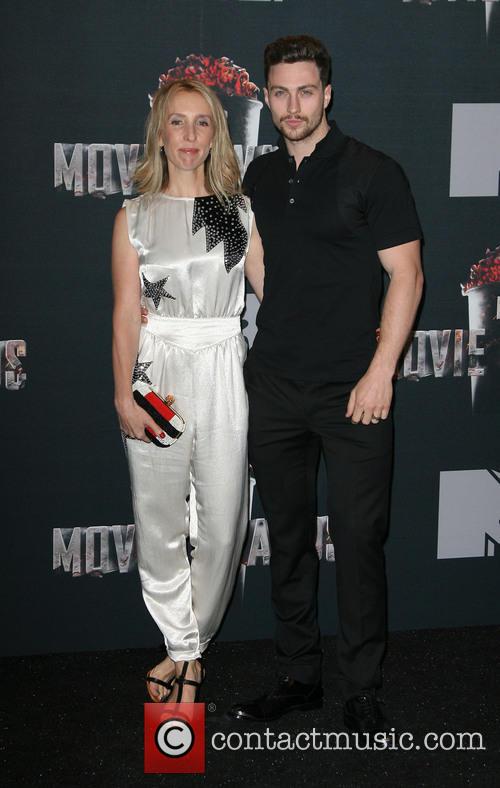 Sam and Aaron Taylor-Johnson - Aaron is pouting like a madman

“It was a lot of crazy s*** I got up to for a couple years,” Aaron told Nylon Guys Magazine. “I was pretty self-destructive at one point,' he admitted. “I used to smoke 30 [cigarettes] a day, used to f***ing drink nonstop. I've always been able to be on the f***ing edge - be on the line, but then pull myself back.”

And while all this was going on, Aaron was auditioning for “some interesting movies but a lot of TV,' he said. “A lot of Nickelodeon bulls***,” he added. And for Taylor-Johnson, this was all in the name of fun. “It was kind of like learning how to pull,” he said. “It was like, how do you go into a bar and point out the fittest girl and then just go, 'I'll have her by the end of the night?'”

You’ll have noticed, by now, that Taylor-Johnson resembles a ‘bad man’, but he stopped being that guy when he met his wife to be when filming the John Lennon biopic, ‘Nowhere Boy’. “I was at that age where that was kind of... I stopped when I met Sam,” he said.

More: First look at Quicksilver in Avengers: Age of Ultron

The young star also opened on why he was never even in line to take the role of Christian Grey in the ‘Fifty Shades of Grey’ movie, which his wife is directing.

“It would have been kind of funny that this character that all these women fancy - he's one in a million - and my wife picks her husband to play the part?' he said. “I would love to have done something together again, but it wouldn't have been Fifty. We were both on the same page.”

Watch Aaron in the trailer for Godzilla