But who will he play? 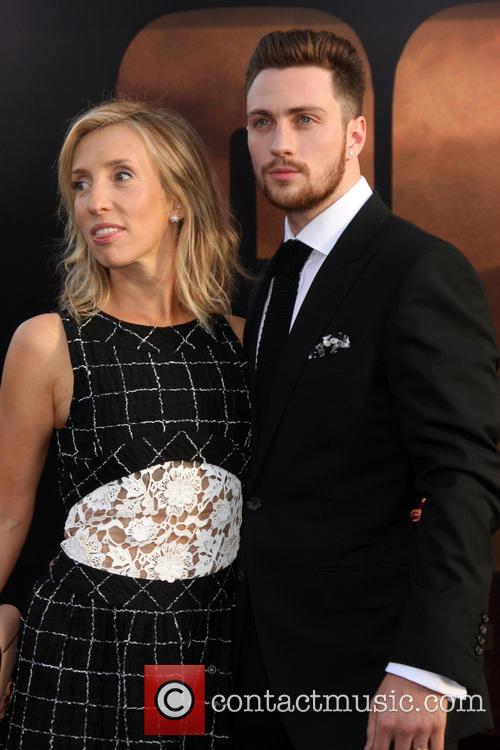 Sam and Aaron Taylor-Johnson at the premiere for 'Godzilla'

Access Hollywood asked the director: “Have you found a way to get Aaron in the movie?” to which she replied: “Actually, I have,” but she didn’t elaborate on which part the Kick Ass actor would play

Taylor-Johnson also elaborated on his filming is going for the highly anticipated adaptation, which sold millions of copies in its book form. “It’s going good,” she explained. “I’m editing it right now, so I’m deep in the thick of it.” And when asked if it was turning out how she wanted, she replied: “Absolutely. Yeah. I’m excited.”

The news of Taylor-Johnson’s casting comes weeks after he reasserted his feelings on starring in his wife’s new movie.  He stated, "I think it would have been the wrong kind of hype to bring toward us (as a couple). It would have been kind of funny that this character that all these women fancy - he's one in a million - and my wife picks her husband to play the part?"

He added, "I would love to have done something together again, but it wouldn't have been Fifty. We were both on the same page."

’50 Shades of Grey’ star Victor Rasuk, who plays Anastasia Steele's best friend Jose and the love rival of Christian Grey in the film, was hugely positive about the his fellow stars’ performances.

More: 50 Shades movie could be tamer than expected

"I've been sworn to secrecy but I will say this: Dakota was amazing," Rasuk told E! "Jamie was amazing. It was one of those things where we came into it wanting to do it justice. And I think all the fans, the millions of fans, will also love what we did. I think we did it justice."