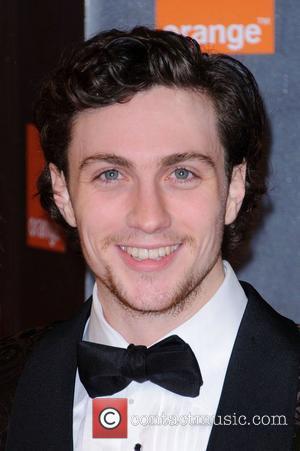 British actor Aaron Johnson took inspiration from John Travolta and Gene Kelly for his carefree dance moves in the latest R.E.M. music video.
The Kick-Ass star can be seen flipping down an East London street and jumping off a post in the promo for the R.E.M. track Uberlin, which was directed by his partner Sam Taylor-Wood.
R.E.M. frontman Michael Stipe was delighted with Johnson's funky moves, which he reveals were inspired by scenes from two classic dance films.
He tells Britain's The One Show, "I went to each director. With Sam, in particular, we had been talking about possibly collaborating on something with the band since last summer. I didn't know that she would ask Aaron to do something like this but she said, 'I think I have an idea and I really wanna try it.'
"What they wanted to do is combine elements of John Travolta's walk in Saturday Night Fever with Singin' In The Rain, a classic film form the 1950s, and update it for the 21st century."