Aaron Johnson may portray Jack in 'Jack the Giant Killer' a retelling of the classic beanstalk and giant tale. 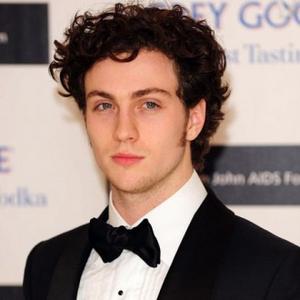 Aaron Johnson is favourite to star in 'Jack the Giant Killer'.

The 'Kick-Ass' actor is favoured by director Bryan Singer to take the lead role in the project based on the fairytale 'Jack and the Beanstalk' written by Darren Lemke and Mark Bomback and tweaked by Christopher McQuarrie.

'Jack the Giant Killer' sees a dark retelling of the classic tale of a young boy who buys magic beans, which grows into a magical beanstalk, leading to the Discovery of a giant among the clouds.

Neal Moritz and David Dobkin are set to produce the New Line project, which begins shooting in early 2011.

Although Aaron is favoured for the role of Jack, a number of young actors are also in contention for the role, Deadline.com reports.

Aaron, 20 - who is engaged to director Sam Taylor-Wood - currently has no upcoming roles to film, having recently finished promotion of John Lennon biopic 'Nowhere Boy' in the US.