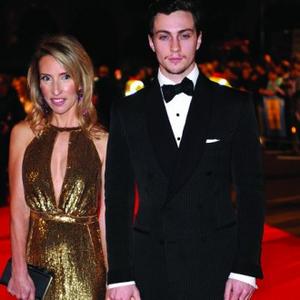 Aaron Johnson has become a father.

This is the first child for the couple who met on the set of John Lennon biopic 'Nowhere Boy' last year.

The pair live together in an £11 million north London townhouse, along with 43-year-old Sam's daughters from a previous marriage, 13-year-old Angelica and five-year-old Jessie.

Aaron has previously insisted he doesn't care about the 23-year age gap between him and the artist-and-director.

He said: "To be honest, I've never really lived life by the rule book. I've had a different life to most people. I've had to be independent and take on a lot."

Sam also defended the relationship in May, saying: "I'm in love, I'm blissfully content. No one's getting hurt. We're in a loving relationship. We're engaged. Everyone who matters is happy. Exactly which bit of that do I have to defend or apologise for?"