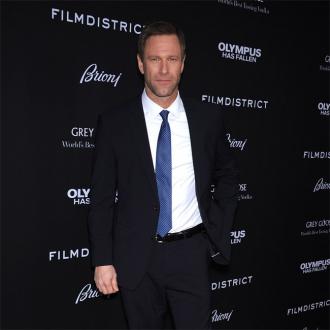 The 'Olympus Has Fallen' actor has been harbouring a crush on the 64-year-old Australian star since seeing her play innocent Sandy Olsson in hit 80s flick 'Grease!' - particularly for when she dons a skin-tight leather cat suit to impress John Travolta's character Danny Zuko at the end of the film.

Asked who his first celebrity crush was, Aaron replied: ''Olivia Newton-John. I saw 'Grease' many times. In fact, I still have a crush on her.

''I fell in love with the angel in the first half of the movie and then, [in a London cockney accent] 'There's nuffink better than a girl in leather'.

''I've never met her, but I've often tried to meet her dopplegangers.''

While the 45-year-old star might have a thing for bad girls, he isn't a fan of body art and thinks most tattoos are pointless and are just an attempt to look macho.

He explained to Empire magazine: ''I had my dog's name, Dirty, [temporarily] tattooed on my chest in 'Erin Brockovich', but I must be the only guy in Hollywood with no tattoos.

''I look at people with tats and think, 'What is your relationship with Chinese letters? And what the f**k do you know about dragons?' It's usually about people who want to kick other people's asses.'' 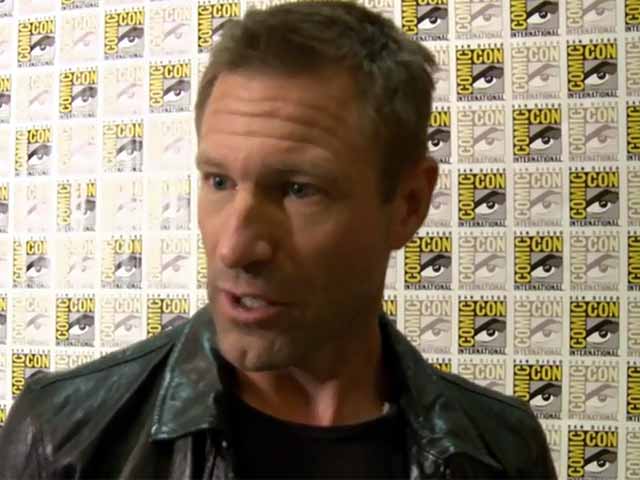 Aaron Eckhart Talks About The Themes Of New Flick 'I, Frankenstein' At Comic-Con Screening