Aaron Carter's Grief For Sister As His Niece Turns One 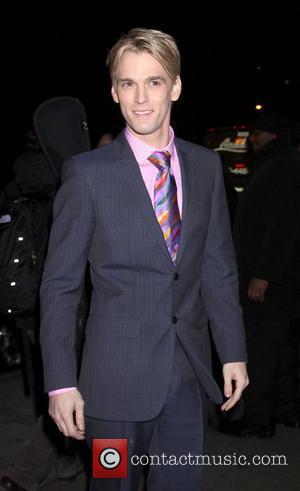 Aaron Carter shared his grief with Twitter.com fans on Sunday (01Apr12) as his niece reached her first birthday, just two months after her mother's death.
‏ The former child star was left devastated on 31 January (12) when his sister Leslie died after suffering a reported drug overdose.
Carter is still struggling with his emotions and his grief was compounded on Sunday when Leslie's daughter Alyssa turned 12 months old.
In a series of posts on his Twitter page, he writes, "Today is my little niece's 1st birthday this is a hard day. Missing my sister Leslie Carter I still can't believe this is real. Rip I love you.
"If you are all real supporters and the kind of fans I think you are then trend #HappyBirthdayAlyssa."