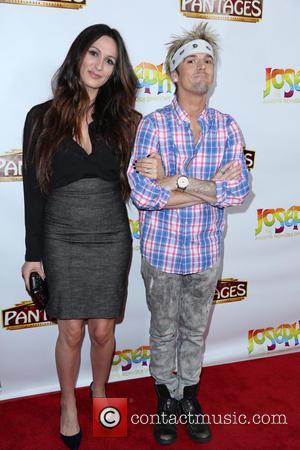 Pop star Aaron Carter is looking forward to becoming a big success on tour again after handing over $2 million (£1.25 million) from his profits last year (13) to pay accountants and lawyers helping him battle tax debts.

The grown-up child star has just embarked on a massive 80-date tour of North America and Europe, and this time the money he makes will go directly into his bank account after wiping away a six-year financial crisis in February (14) and becoming a savvy businessman in the process.

The I Want Candy singer tells Wenn his parents' bad management skills left him cradling a massive debt when he turned 18 eight years ago, and he's been battling to settle that ever since.

He says, "I have become a money guy now because I turned 18 years old and got hit by all those taxes and liens from my parents' negligence, and that is what really, like, prevented me from doing any business with anybody. It blacklisted me. Anyone who was interested with working with me had to take on this $2.2 million debt.

"Now, I could be an accountant tomorrow. I've learned so much. I just resolved all those issues. I got a Chapter 7 bankruptcy, which is a full discharge. I went through the state of Florida and they contacted the White House and they dropped it because none of it was my fault. And that just happened - February 6th of this year.

"All last year, all of that money I was making on the After Party tour was going to accountants and tax attorneys and all of these people who needed to help me resolve this issue. I grossed over $2 million on tour and that was a shocker.

"Now, I'm Ok with the fact I had to file for bankruptcy for a problem that my parents instilled on me (sic) when I was 12 and 13 years old. Now, I have to prove myself and build it all up again."