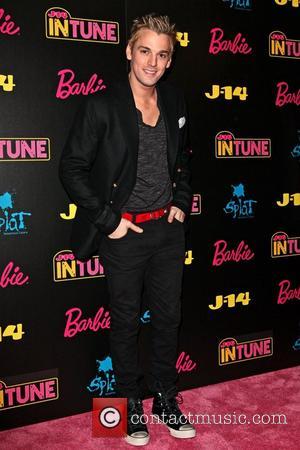 Singer Aaron Carter has invited fans to help him celebrate his birthday after his performance in Off-Broadway show The Fantasticks on Friday (07Dec12).

The former child star will turn 25 and to mark the milestone he wants his loyal supporters by his side at an aftershow party.

In a series of posts on his Twitter.com page, he writes, "Who's coming to my birthday get together after the show Friday? Would love to see everyone there and I'll be singing on the piano (sic).

"I'm gonna have a little listening party with everyone who comes... Babes can get a taste of the new tunes... So Come!! dudes too!! Haha."

The star's elder brother, Backstreet Boys singer Nick Carter, has also asked fans to be part of his upcoming birthday celebrations - earlier this week (begs03Dec12), he announced a fan event in Las Vegas to raise money for good causes to coincide with him turning 33 in January (13).