Romeo and Juliet, Lancelot and Guinevere, Aaron Carter and Hilary Duff. Hang on, what was that last one? We never realised that Aaron and Hilary were star cross’d lovers, who despite their many years apart still yearned for one another. Well, Hilary not so much. But it turns out that Aaron has long been harbouring feelings for Hilary and now that she’s split from husband Mike Comrie he ain’t afraid for the whole world to know! Hilary still looks great despite recently splitting from her husband

Aaron took to his Twitter account to announce “I’ll spend the rest of my life trying to better myself to get back to her. I don’t care what ANY of you think.” Heyyyy, calm down, Aaron. We’re on your side. Although to be fair, you did allegedly cheat on Hilary and date Lindsay Lohan at the same time as her. But you know, it’s cool that you’re trying to better yourself to be a worthier man should you win her back this time round. Hilary’s always seemed like a nice girl with her head screwed on, so she deserves somebody who will treat her right.

Aaron’s also been retweeting pics of Hilary, on which on one he commented “flawless”. Hilary does look pretty great these days, being the mum of a two year old as well as going through a separation from her husband doesn’t seem to have taken it’s toll on the Lizzie McGuire actress. Perhaps it’s because Hilary and Mike are still close and are making sure that they continue co-parenting Luca despite their split. Aaron Carter - Will He Win Back Duff?

The couples show of unity isn’t deterring Aaron who advised his Twitter followers “Don’t be that stupid douche that loses the love of your life forever...Like me...”. Aaron sounds particularly wistful here, although his cries for Hilary’s attention don’t seem to have turned her head.

Aaron’s had a tough few years, including the loss of his sister Leslie 2012 as well as spending some time in rehab to deal with emotional issues. Even if Hilary doesn’t see the Crazy Little Party Girl singer as a (recycled) love interest, maybe the pair could become friends again.

Aaron isn’t the only forlorn fella trying to win back his ex via the medium of the internet. Double B (Bouffanted-Bieber) has recently posted a pic of Selena Gomez on his Instagram account with the caption “most elegant princess in the world”. Sorry, Justin, but barf. Justin Bieber’s recent behaviour, along with the constant string of women that he is linked to, make this latest attempt to win Selena back seem far too sycophantic. Selena doesn’t seem to have responded to Bieber’s olive branch, we wonder whether it will lead to a reconciliation between the pair or if she's had enough of Bieber's bad behaviour. 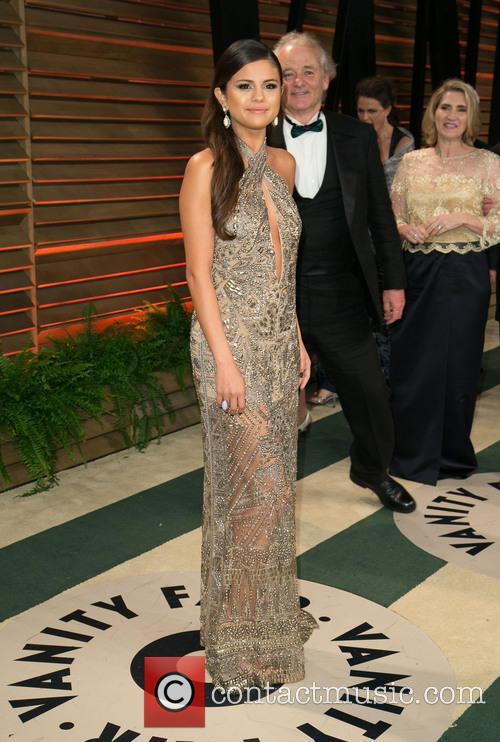 Do you think Hilary and Selena should go back to their old beaus, or is it healthier to leave the past in the past?