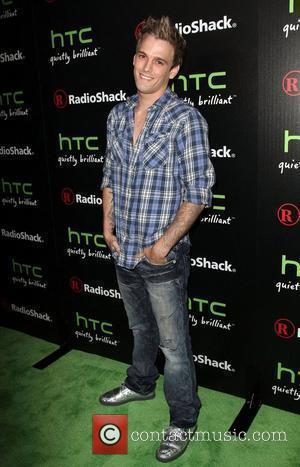 Former child star Aaron Carter is considering taking legal action against a U.S. tabloid after he was quoted suggesting Michael Jackson had offered him cocaine when he was a teenager.
Carter, a longtime pal of Jackson's, reportedly told OK! magazine's Daphne Barak the King of Pop had offered him wine and drugs when he was 15 in an interview that recently ran in the U.S. and Australian issues of the publication.
The young singer angrily blasted the allegations, insisting he did not make the remarks and now Jackson's older brother, Randy, claims Carter is looking at his legal options.
In a series of Twitter posts on Saturday (02Jul11), Randy Jackson wrote, "I was suspicious about the Aaron Carter comment... From what I understand, Aaron Carter has already denied ever making that statement & is considering suing ok magazine.
"When negative things like this surface, it is hard not to have an emotional reaction. But the truth eventually comes out."