The singer has backed Trump, despite not agreeing with his his political views.

Former teen popstar Aaron Carter is back in the news, after publicly endorsing Donald Trump on twitter. Carter’s support for Trump quickly caused backlash on social media, with the 28-year-old ending up in a war of tweets with other users who were quick to point out some of the republican candidate’s less savoury views. 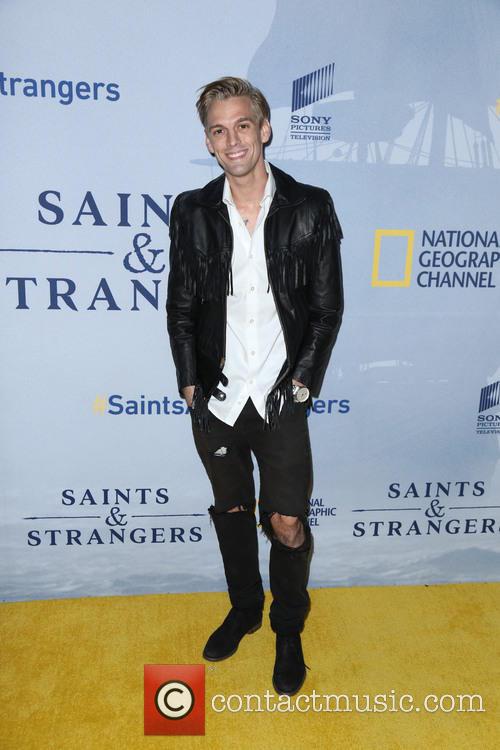 It all began when Carter tweeted: “@realDonaldTrump Does America want to have a president who FOLLOWS or someone who leads? I vote For @realdonaldtrump.” The backlash came thick and fast, with Carter then quickly pointing out he doesn't support all of Trump’s policies.

“Good thing I live in America and I have the right to my own opinion such as a lot of my NON supporters have for me at times,” Carter tweeted. “Some of the things Donald says I don't agree with but some I do. It is what it is.”

“People look for anything and any chance they can to hate me for something it's always SOMETHING I fight back and for myself not changing.” Tweeters then pointed out Trump’s anti-immigration views and his comments regarding Muslims to the singer.

“I am NOT racist I've been touring the world & diversifying myself in a plethora of cultures since I was 7 years old,” Carter responded. The singer was also educated on Trump’s views regarding marriage equality and he maintained that he had always supported the LGBT community and still does.

“But I honestly need to pay attention to this beach in San Diego today oh and I'm performing for an LGBT event tonight,” Carter wrote. “So NO I don't support ALL of what @realDonaldTrump is doing but 70% of me agrees so F--- OFF. I DONT support the gay marriage ban or the immigration stuff but business man trump I do.”

"I have nothing but the upmost LøVë respect and support for the LGBT community AND equal rights for all. Regardless of my political views.. also already said if Donald Trump doesn't support the LGBT community I'm not voting for him so get off my d--- about it and shut the f--- up.”

It’s not the first time Cater’s twitter has put him back in the news. In 2014 he declared his love for former girlfriend Hilary Duff on the social media site, following her divorce from Mike Comrie. After retweeting a picture of Duff, Carter wrote: "I'll spend the rest of my life trying to better myself to get back to her. I don't care what ANY of you think.”