A penguin will be arriving in Hundred Acre Wood, 90 years since Aa Milne first introduced us to Winnie-the-Pooh and his friends.

There’s a kangaroo, a rabbit, a tiger, a donkey, a piglet, an owl and one of the most famous bears in the world, but now Hundred Acre Wood is to become home to a penguin! To mark the 90th anniversary of Aa Milne’s beloved creation Winnie-the-Pooh, a penguin will be joining his band of friends in a new wintertime adventure.

Winnie-the-Pooh makes friends with a penguin to mark anniversary https://t.co/XilFyf6Mak

Author Brian Sibley has written a new tale titled Winter: In Which Penguin Arrives, which will appear in a collection of stories called The Best Bear In All the World to celebrate Winnie-the-Pooh’s 90th anniversary.

Sibley said he was inspired to create the character of Penguin by a rare photograph of Milne and his son Christopher Robin Milne, in which Christopher is playing with a penguin toy alongside the teddy bear which would serve as the inspiration for Winnie-the-Pooh.

“While pondering what other toys Christopher Robin might have owned but which were never written about, I remembered seeing a photograph of father and son playing on the nursery floor with Winnie-the-Pooh and ― a penguin!" Sibley said.

More: Disney's Next Live-Action Adaptation Is 'Winnie The Pooh'

"The thought of Pooh encountering a penguin seemed no more outlandish than his meeting a kangaroo and a tiger in a Sussex wood. So I started thinking about what might have happened if, on a rather snowy day, Penguin had found his way to Pooh Corner.”

It's thought that the penguin toy seen in the photograph might have been purchased by Milne's wife Daphne in the Harrods department store, the same place where she purchased the other toys that served as the inspirations for Winnie-the-Pooh and his friends.

Speaking about the enduring appeal of Winnie-the-Pooh, Sibley said: “What makes these tales so memorable is their ability to work on two different levels: the child listener to the story always understands what is happening just before Pooh and the others do; while the adult reading to the child engages by recognising that, under their fur and feathers, the characters are just like people we know among our family, friends and colleagues.” 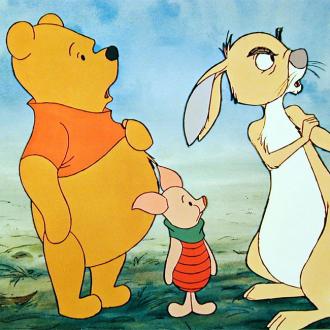