With the success of artists like Major Lazer, the advent of other outfits fusing musical urban styles and creating unique sounds with serious punch was always going to be inevitable. A Tribe Called Red fit into that category beautifully. In fact, listening to this act for the first time is truly inspiring. They are Bear Witness, DJ Non and DJ Shub, a Canadian electronic music group, who blend instrumental hip hop, reggae and dubstep-influenced dance music with elements of native aboriginal music, literally tribal music. In fact, this is such a cool independent vibe that they are releasing their album free online and creating a new sound called electronic 'pow wow' music. 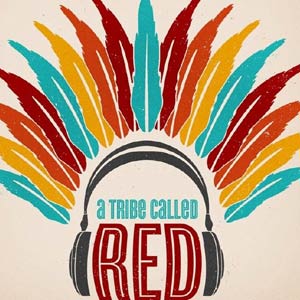 The chanting and drumming is what really gives the sound its unique flavour. This creates a distinctive world sound and using modern influences creates a compelling listen. The production is infectious and funky with serious skills. There's loads of elements of that that fit together well and should certainly give this outfit worldwide acclaim.

I'm really feeling this crew! A Tribe Called Red have got it going on and it seems completely obvious in this modern world that it was only a matter of time that we would hear the sounds of indigenous cultures expressing their sound in new forms. It's certainly inspiring to hear so much influence from the UK, but ultimately, it's all about progressive sounds that are hard hitting and bring the dancehall flavour to party. This is exciting stuff and I look forward to seeing how this crew blows up! Heavy!