Oscar-winning Composer A.R. Rahman And Director Majid Majidi Have Been Issued With Islamic Fatwas Amid Allegations Their New Film Insults The Prophet Muhammed. 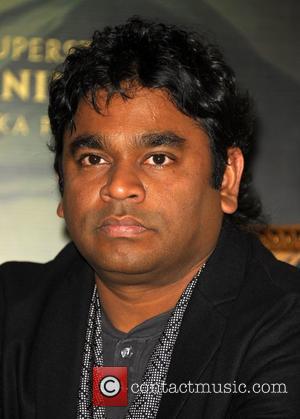 The stars worked together on Muhammad: Messenger of God, which is the first of a planned trilogy about the life of the prophet, but the movie has sparked controversy among Muslim extremists, who are not happy with the use of the religious figure's name in the title.

Members of the Mumbai, India-based Raza Academy claim negative reviews of the film could be misinterpreted as criticism of the Prophet himself, while they also object to the depiction of Muhammad, which is not allowed under Islamic law.

The apparent violations have resulted in the issuance of the fatwas, legal opinions issued by a qualified legal authority.

Condemning the pair, Raza Academy officials state: "It is nothing short of a crime to make a film on the Prophet, dramatising his life and using non-Muslim actors... Making such a film is making a mockery of religion."

The group is also demanding that the film is banned in India.

Oscar and Grammy-winning Slumdog Millionaire composer Rahman, who officially converted to Islam in 1989, provided the score for the movie.

Majidi also directed the 1998 movie Children of Heaven, which became the first Iranian movie to receive an Oscar nomination for Best Foreign Film.

A.R. Rahman - Jai Ho (You Are My Destiny) Video