Cee Lo Green will make a video with 50 Cent for the rapper's remixed version of his song 'F**k You'. 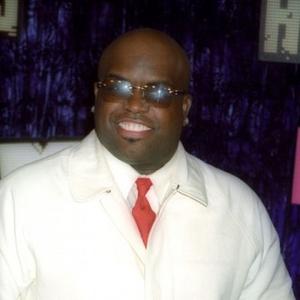 The upbeat soul singer - who is one half of 'Crazy' hitmakers Gnarls Barkley -was excited when the rapper recorded his own version of the song and posted it online, they are planning to make a video for it.

He said: "The song had only been out a couple of days so I took it as a compliment. I've spoken to 50 Cent on the phone and we are trying to get together to shoot a video for it."

50 has also tweeted about his desire to make a video collaboration, saying: "Yo yall heard da s**t I did with ceelo its hot I spoke to him yesterday he told me he loved it and we made it official. Video coming soon. (sic)"

Cee Lo - whose single has been re-recorded as the radio-friendly 'Forget You' ahead of its release next week (04.10.10)- revealed the song - where he sings about jealousy over a gold digging ex-girlfriend - doesn't refer to any of his own former girlfriends, but he can sympathise with the message.

The US singer explained: "I hate to ruin the song for anybody but it's a fictitious tale. There's truth in it but it's not a whole truth.

"I sing it with conviction because I've been there before."

Cee Lo will release his third solo album 'The Lady Killer' in December.