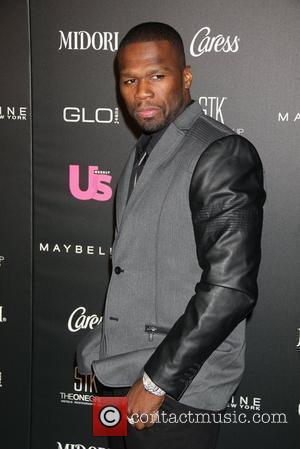 Gunplay has denied any shots being fired during the BET Awards brawl between him and 50 Cent’s security guards, reports MTV. Another scuffle broke out when Rick Ross and Young Jeezy clashed backstage in what turned out to be a bad night for the Stop the Violence Movement

"I don't know nothing about no shots fired, I'm a be totally honest with you, but all I know, I had to fight off five dudes," the MMG rapper explained in an interview with TMZ. "I never liked [50], I've always wanted to kick his ass. I finally got the opportunity to get close to him, he was hiding behind all his security. I couldn't get to him." Gunplay was pepper sprayed and left the awards in cuffs with the Atlanta cops. Though he lost his diamond studded MMG chain, Gunplay did not suffer any injuries, and was not charged. "If you're playin' with me, you're playin' with fire. Might get gunned down, ya never know," he added, which has done little to dispel the rumours of gunshots.

Gunplay was too busy scrapping with “refrigerators” as he referred to some of the guys involved, so he missed the fisticuffs between Rick Ross and Young Jeezy, which occurred backstage. "I ain't get to see what happened. Ross and them walked up ahead of me and security was still patting me down," he said. "By the time I got there, I seen a melee." BET have issued a statement addressing the conflict, calling it "unfortunate."