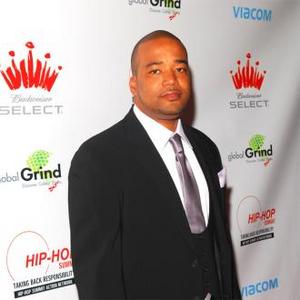 The hip-hop executive - who managed a number of stars throughout his career including P.Diddy, Ja Rule and Mariah Carey - was found dead at his home in New York this morning (30.08.12).

While the details surrounding his death have not been confirmed, sources told the New York Daily News that the music executive is believed to have died from a self-inflicted gunshot wound to the head.

A number of stars have paid tribute to the hip-hop mogul after hearing the news including Russell Simmons - who co-founded hip-hop label Def Jam with Rick Rubin - who has described him as a ''brilliant partner in business'' and someone who will be ''missed greatly''.

He said in a statement: ''I am deeply saddened by the loss of a hip-hop hero.

''Chris Lighty has been a dear friend of mine since he was a kid. Was a brilliant partner in business and I was so proud of all that he had accomplished.

''He is an amazing Example of how a passionate kid from the street can go to the most even-keeled, smart, thoughtful manager in the business and a generous philanthropist. He was loved by everyone who knew him, including me. He will be missed greatly by all of us.''

Justin Bieber's manager Scooter Braun and Rihanna have both taken to their twitter accounts to pay tribute to Chris.

Scooter wrote: ''hard to believe it is true but RIP to my friend Chris Lighty. gone too soon (sic)''