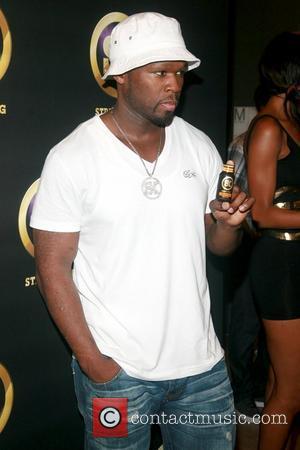 Rapper 50 Cent is facing a lawsuit from a woman who alleges she was assaulted by one of the star's associates at his mansion two years ago.
Vasti Ortiz has filed legal papers at the Superior Court of Hartford, Connecticut against the hip-hop star, real name Curtis Jackson, as well as his G-Unit Films and Television company.
Ortiz claims she was invited to Jackson's property one evening in August, 2009, when she met his employee Dwayne MCKenzie, who she alleges made "awkward sexual requests" for oral sex.
She then tried to leave the house, but she alleges MCKenzie ordered a woman named Michelle Krzykowski to attack her while he pinned her down.
Ortiz claims she managed to flee the house after a struggle and was admitted to a nearby hospital to clean up a large gash on her head.
Now Ortiz is accusing Jackson of being responsible for the alleged incident because he failed to sufficiently carry out a "proper investigation into Dwayne MCKenzie's background before allowing him to act as an agent and employee of the defendant, G-Unit, at the mansion."
Jackson is said to have continued to employ MCKenzie despite his criminal history, which includes a felony charge involving illegal possession of a handgun.
Ortiz, who claims she has been permanently damaged by the attack, is seeking an undisclosed amount for medical bills and damages, reports AllHipHop.com.