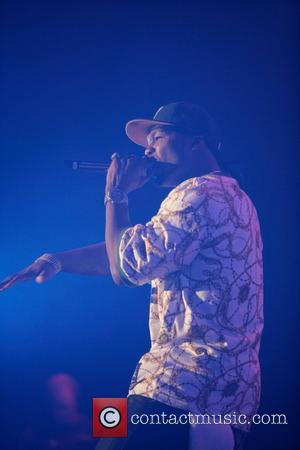 Rapper 50 Cent has blasted reports suggesting incarcerated drug kingpin KENNETH 'SUPREME' MCGRIFF is his father, insisting people are taking his 2005 film too literally. In movie flop GET RICH OR DIE TRYIN' 50's arch-foe, MCGriff, is loosely portrayed in character form as MAJESTIC (Adewale Akinnuoye-Agbaje). In the film, Majestic is connected to the death of the mother of 50 Cent's character MARCUS - and there's a suggestion the thug could be Marcus' biological father. But 50, real name CURTIS JACKSON, insists the film's villain came from the mind of director Jim Sheridan - and he's upset that fans now think jailed felon MCGriff is the rapper's dad. He blasts, "He's not my father. I can't stand that n**ga... I wasn't accusing him of f**king killing my mother. That's the way they make the character darker." MCGriff stands accused of ordering a 'hit' on 50 Cent in 2000 and faces the death penalty for orchestrating a string of murders and dealing drugs.