Fifty Cent Is 'MaleFiftyCent' In Spoof Trailer Of 'Maleficent', Premiered On Jimmy Kimmel

50 Cent has spoofed the movie trailer of Disney's 'Maleficent', appearing in the villain's cloak and horns as 'MaleFiftyCent'.

50 Cent made the world premiere of the trailer for his latest film whilst appearing on Jimmy Kimmel live on Thursday (5th June). Or so it may have initially seemed. 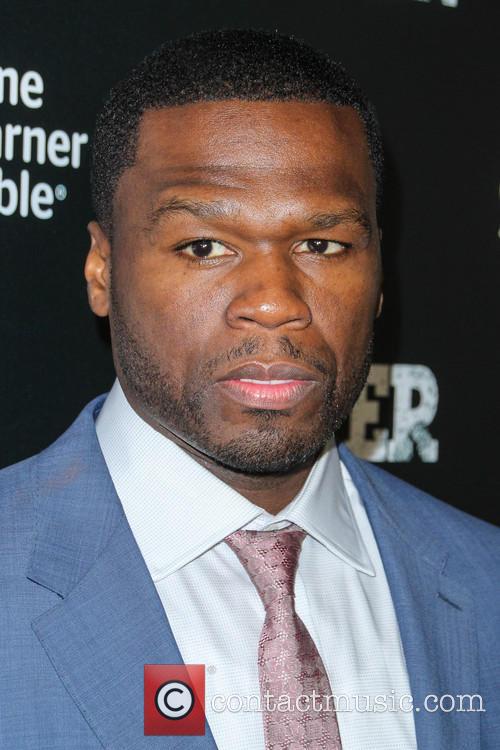 The rapper has created a spoof trailer sending up Angelina Jolie's latest Disney movie in which he appears in the horns and cloak of Maleficent. The tagline for the fake movie, MaleFiftyCent, is 'get witch or die tryin', evidently in homage to 50 Cent's biopic Get Rich or Die Tryin'.

The film, which is based on his life, was also referenced within the trailer itself. In the spoof trailer, evidently a mash-up of the original, 50 Cent tells Elle Fanning "I've been shot nine times. I'm not afraid of no little white girl!" 50 Cent, whose real name is Curtis Jackson, provides a voice over proclaiming "This s-t just got magical."

On a less jovial note, 50 Cent has recently been involved in a burglary investigation. A lawyer, according to the MTV, is investigating claims that a store owner was robbed of his jewellery on the same night 50 Cent and Fabolous performed in New Jersey on Sunday evening (1st June).

It appears the man in question Slow, who owns the clothing store Slowbucks, was standing on the same stage as the rapper when his chain was stolen. At a press conference, given on Thursday (5th June), Slow's lawyer commented on video footage which shows 50 Cent seemingly ignoring the robbery. Whilst 50 Cent denies having any knowledge of the incident, the lawyer said "If you look at the videos, every single one, whether he's the one picking up the chain or not is irrelevant. His body is facing what's going on and the he turns around, in the middle of it all, and faces the crowd." Angelina Jolie's role as Maleficent was mocked by 50 Cent.