Rapper 50 Cent Still Has Fond Memories Of His Appearance At A Heavy Rock Festival In The U.k. Even Though The Crowd Pelted Him With Bottles Of Urine. 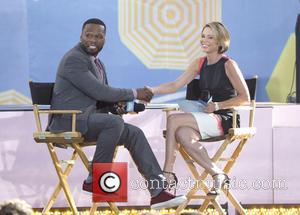 The In Da Club hitmaker agreed to the risky booking at the Reading Festival in 2004, despite the event attracting a notoriously rock-heavy audience who tend to turn on acts they disapprove of.

After taking to the stage, the hip-hop star was showered with an array of projectiles including urine-filled water bottles, but he is adamant he loved the gig and did not take the crowd's reaction personally as it was all part of the event.

He tells Q magazine, "Oh, that was a fun show. Look, they did that to everybody. They ran a rock group off right before we were on. That s**t was crazy! We all just started throwing s**t. I was singing in between all the s**t landing onstage. They was throwing s**t, we was throwing s**t back. Everything that could be thrown off the stage that couldn't be tied down.

"At first, it was water bottles and stuff like that. Y'all don't want to be hit by a water bottle because they've been out there so long that that's not water. It was water, they'd drunk it and then they peed in the bottle.

"I think in any other place you would look at that like they didn't like you. It had nothing to do with that. They threw s**t at everybody who came up there. I don't care who you were, you went out there and they threw s**t at you. They would have thrown some s**t at Michael Jackson, it didn't matter."