50 Cent has defended Justin Bieber in light of his N-word shame, insisting the 20-year-old star is not racist and is ''still a baby''. 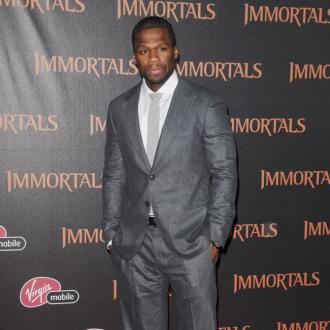 The 'Candy Shop' rapper has defended the controversial pop star - who was forced to apologise this week when two videos emerged of him telling racist jokes - and insists Justin, 20, isn't racist.

''When you see people become huge stars real early, it's tough for them. You have to grow up with all these expectations. I think Justin's still a baby and he's lost.''

In one of the shocking videos which emerged this week, the singer - aged 14 at the time - appears to alter the lyrics to his song 'One Less Lonely Girl' by singing ''One less lonely n*****'', and then jokes about joining race hate group, the Ku Klux Klan.

However, 50 worries that people labelling Justin 'racist' may have a detrimental effect on the singer.

The 38-year-old rapper told The Sun newspaper: ''That people are saying he is may actually affect him and turn him into one.

''I've been so many things I'm not because of things that people said I am. But I think he will be all right.''