50 Cent, Amy Ryan, Vincent D'Onofrio and Vinnie Jones have all joined the cast of forthcoming movie 'The Tomb'. 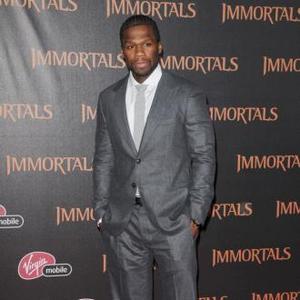 The rapper - whose real name is Curtis Jackson - is one of four new stars announced to be appearing in the action film opposite Sylvester Stallone and Arnold Schwarzenegger, with Amy Ryan, Vincent D'Onofrio and Vinnie Jones also signing up for the project.

'The Tomb' sees Stallone playing Ray Breslin - the world's greatest prison designer who creates seemingly-impenetrable jails - who has to escape one of his own buildings when he is framed and wrongfully convicted.

While 50's role has not yet been explained, Vincent will be deputy director of the prison, Vinnie a guard and Amy the designer's business partner.

As was previously announced, Arnold is portraying a fellow prisoner, while Jim Caviezel stars as the villainous jail warden.

Shooting is scheduled to start in the coming weeks, with the movie due for release in 2013.

The Script for 'The Tomb' - which will be directed by Michael Hafstrom - was written by Miles Chapman and Jason Keller.