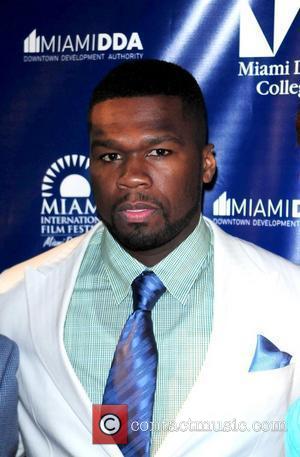 Hip-hop star 50 Cent has opened up about his tough upbringing for a new TV show, revealing his grandmother adopted him as a child when his mother died.
The rapper, real name Curtis Jackson, grew up in Queens, New York with his single mum, Sabrina, who gave birth to him when she was just 15.
Sabrina was murdered in 1988, when Jackson was aged 12, and he moved in with his grandparents and eight aunts and uncles - and now he has opened up about his upbringing as part of a documentary.
In 50 Cent: The Origin of Me, Jackson is seen telling a crowd of students in South Carolina, where his grandparents lived, about his adoption, revealing, "It feels good for me to learn more about my actual history.
"A lot of people don't know but I'm adopted. Yeah, my grandmother adopted me after my mother passed away. So she's like my legal guardian. My grandparents were from out here so the last time I was out here I was like six years old."
The show will air in the U.S. on 23 May (11).