50 Cent, "I Supported Hillary Over Obama" 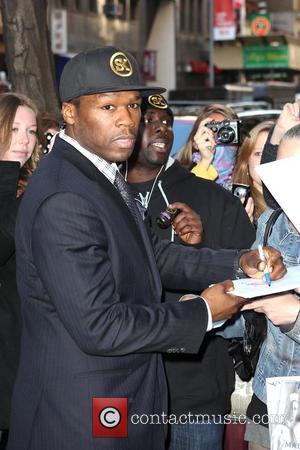 50 Cent says he backed Hillary Clinton for the American Presidency in 2008 because he wasn't sure if the country was ready for an African American president. Speaking on Piers Morgan's Tonight show, which aired on Monday (1st November 2011), the 'In Da Club' rapper nonetheless defended Obama despite his precarious approval ratings.
The 36-year-old, who grew up Queens, New York, was asked his opinion on the current state of America, saying, "I think he (President Obama) inherited America in a terrible state and it's pretty tough to get things right back into order". Despite getting the backing of various African-American entertainment stars, Obama was without the support of 50 Cent in 2008, who opted to endorse another candidate, saying, "I was a supporter of Hillary because I wasn't sure if America was ready for an African-American president. I didn't know what was going to happen in the process, because it could have been a mess". President Obama is readying his campaign for re-election in 2012, with his likely opponent to be Republican Mitt Romney. Despite the economic downturn, the President still appears to be the favourite to win re-election and just this week, Foo Fighters star Dave Grohl told Red Bull magazine Red Bulletin, "He's got the toughest job on earth.I would hate to hand the administration over to another party that is just focused on corporation, greed and money. You know, I'm a fun, peace loving guy, but sometimes the right wing gets a little too selfish".
50 Cent is reportedly set to release his fifth studio album in December 2011. The next U.S. presidential election will take place on 6th November 2012.