50 Cent hits out at Puff Daddy

50 Cent has hit out at Puff Daddy, claiming he is the ''destination for anybody going nowhere'', but praised pals Eminem and Jay Z. 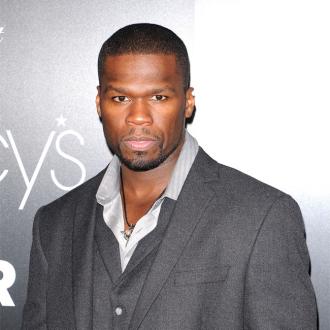 50 Cent thinks Puff Daddy is the ''destination for anybody going nowhere''.

The 38-year-old rapper has slammed the star, who recently changed his name back from P. Diddy, and admitted he doesn't understand why any artist would want to collaborate with him.

50 told radio station Power 105.1: ''Puffy might be the destination for anybody going nowhere. Nobody surviving.''

He also talked about his disapproval of rappers wearing tight clothing and hinted he didn't like Kanye West's fashion sense, after he wore a leather kilt last year at a Hurricane Sandy benefit gig.

''If you Google, 'rapper in a dress', do you know how many will pop? Young Thug is the one that actually said, 'This is a dress'. The other ones will call it a kilt. What about that culture is making you choose to wear it for the evening?''

Meanwhile, the 'Hold On' hitmaker will release his fifth record 'Animal Ambition' later this year, his first since 'Before I Self Destruct' in 2009 after his departure from Shady Records, Aftermath Entertainment and Interscope.

And despite parting ways with Shady Records, he praised rapper Eminem, who was instrumental in helping him become a success, while also giving credit to Jay Z.

He said: ''I don't think our culture would've grown as fast as it did without Em. My being associated with him allowed the doors to open easy. I'm proud of him.

''Jay Z, Lloyd Banks, and Fabolous is the same guy. Take away the hits, take away the career, the music. I'm talking about who they actually are 'cause they're internal people. These are the guys that are laid back, quiet, fly. You might not feel them in the room, but they're important people.''