50 Cent Hits Back At Ex Vivica A. Fox After She Implies He's Gay

The ‘Empire’ actress was appearing on 'Watch What Happens Live' with Andy Cohen when she made the comments.

Rapper 50 Cent has hit back at former girlfriend Vivica A. Fox after she implied he was gay during an appearance on Andy Cohen’s 'Watch What Happens Live' on Sunday night (November 8th). In a series of Instagram posts the rapper slammed the actress with a variety of slurs as well as accusing her of having plastic surgery. 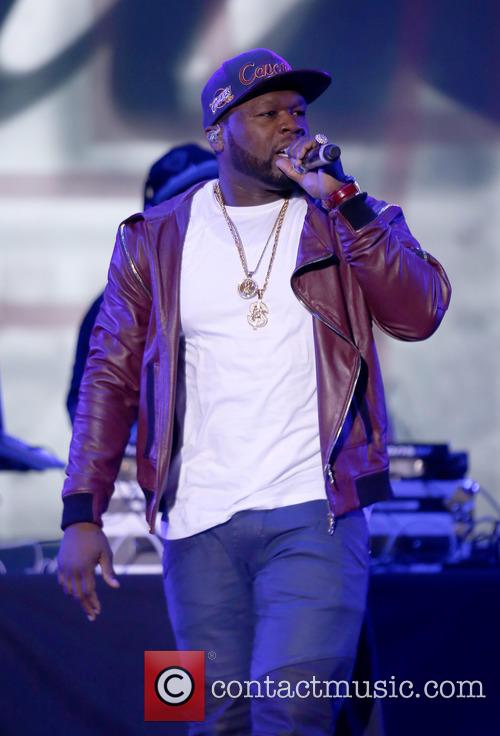 50 Cent has hit back at ex Vivica A. Fox after comments she made on ‘WWHL’ with Andy Cohen.

"Oh No!!!, Now she thinks I'm gay because I let her lick my Ass. LMAO. Wait,I didn't want her to,she forced me, my hands were tied. 50 shades of grey,” 50 (real name Curtis Jackson) wrote on Instagram.

The rapper then went on to mock the star’s acting talents as well as claim she’d had plastic surgery. "B**** remember when you told me f*** Halle Berry and you could have played all the roles she did better then her? And I just looked at you like what the *** kind s*** did you take?LMAO," he captioned an image of Fox with ‘Really Bad Boob Job' written across it.

The posts came after Fox’s appearance on Andy Cohen’s show during which the host asked: "What were your thoughts when 50 Cent blamed the [Empire] season ratings dip on ‘gay stuff?’" "First of all, you know the pot called the kettle black is all I'm saying," she replied.

When Cohen then asked if she meant he was gay, Fox said "he's not”. However the actress then added: "We had a great time. He just seems like he's got something that's not quite clear.” She then referenced 50's Vibe magazine cover with fellow rapper Soulja Boy.

After the episode aired Fox took to twitter writing, "Boom!! That's was 4 my #EmpireSeason2 family yall!! Drops mic ;-) #WWHL.” Fox and 50 dated for a few months in 2003 before the rapper announced their break-up on the 'Howard Stern Show'.

More: 50 Cent Thinks 'Empire's' Ratings Drop Is Due To "Too Much Gay Stuff"

Last month 50 came under fire after he shared an Instagram post which blamed ‘Empire’s’ ratings drop on homosexual storylines. The rapper had shared a screengrab of a post from Industry on Blast's Instagram account, which was captioned: "There are 3 million less [sic] viewers who tuned into last night’s Empire episode!!!! did you watch it? We could not take the extra gay stuff or celebrity stuff last night!!!!"

A rep for the rapper later released a statement saying: "Mr. Jackson reposted something on Instagram that originated from a blog in relation to the decrease in 'Empire's' ratings. When he realised there was additional content in the blog post that he did not agree with, he immediately deleted the post as that is not a reflection of his views at all."