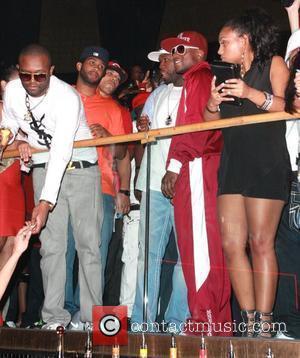 Rapper 50 Cent has stepped down from managing his G-Unit bandmates Lloyd Banks and Tony Yayo after realising his pals were getting lazy with the superstar guiding their careers.
The In Da Club hitmaker had previously insisted on helping put his pals Banks and Yayo on the music map by taking charge of their work schedules, but 50 has since grown tired of putting in the extra effort and has cut his pals loose.
The hip-hop star says, "I've enabled them to a point where they feel like they don't have to do anything. I end up doing their job, too.
"They haven't had a manager. I've been managing them for their entire careers. That (is) $8.7, $9 million a piece (he's saved them). I did that for them. I'm telling them since the top of last year, 'Yo, you got to find managers.'"
50 Cent admits he's particularly disappointed with his best friend Yayo, admitting he "just doesn't do what he's supposed to do".
The rapper helped his childhood friends find fame by signing them to his G-Unit Records label after shooting to the spotlight with the success of his debut album, Get Rich or Die Tryin' in 2003.