Rapper 50 Cent is convinced he will not ''live much longer'' and is worried about the legacy he will leave behind. 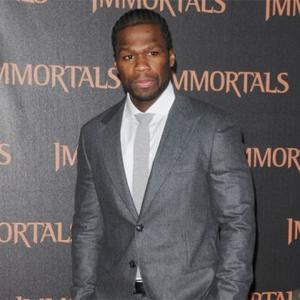 50 Cent believes he will die soon.

The 36-year-old rapper - real name Curtis Jackson III - believes he may not have much longer to live, and has hit out as his team, including his record label Interscope, for not helping him promote his music properly.

In a series of posts on his twitter account, he said: "I have lost all the faith in the team I'm on. I have nothing left to say I will not be promoting my music.

"I'm going to deliver this album then. I have a film I wrote to focus on I'm not upset I'm just convinced this is not how I want to be remembered. Ill be honest I don't think I'm gonna live much longer. That's why I started my street king movement. I want to mean more in other peoples lives. (sic)"

He added the people involved in the highest level of his record label "disgusted" him.

He said: "Were suppose to be on the same team with me. Music was so much fun for me now the people and politics involved disgust me."

The 'Get Rich or Die Tryin' hitmaker added he would like to be a bird so he could "s**t on the world".

Curtis wrote in a series of tweets: "this morning I was looking out the window. I saw a bird film right on to ledge. It felt like he was looking right at me. I hit the window he Just looked at me like he new I couldn't do anything threw the glass. I was tripping he sat there a minute then flew off. I'd like to a bird So I could fly and s**t on the world. then you all could say 50 s**t on me. That's luck right ? Then don't wipe the s**t off. (sic)"