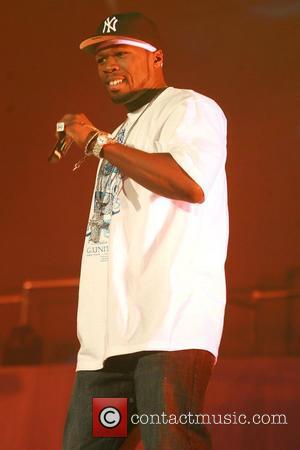 Hip-hop star 50 Cent has delighted fans after confirming reports his pal Eminem is secretly recording a new album. Eminem has been spending recent years producing other artists and hasn't released an album since Encore in 2004. During an interview with America's Blender magazine, 50 Cent admits he has been listening to some of Eminem's new tracks and is very impressed with his forthcoming fifth studio album. 50 Cent, real name Curtis Jackson, says, "He's got a new album coming. He's not gonna tell people that, but he's making new music. "I've heard a few songs, and it's hot. He won't tell nobody he's working on a new album, but I'll tell you: he's working on new music. And once he locks into it, like, 'This is my favourite s**t,' it's gonna come out." When asked if the new material is angry or wacky, Jackson replies, "Both. The whole range. You know, Michael Jordan was supposed to play basketball. Floyd Mayweather was meant to box. And Eminem was meant to rap."