The rapper failed to skip an offending line in 'P.I.M.P.'.

You'd think that most rappers would know by now to moderate their language when performing in less tolerant nations than the USA, but 50 Cent apparently forgot all about that when he rapped along to his hit single 'P.I.M.P.' in St. Kitts and found himself arrested when he failed to skip the profanities in the track. 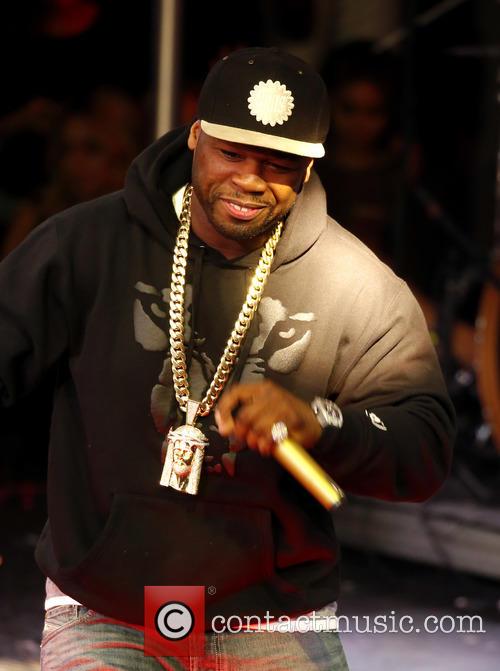 50 Cent's bad language gets him arrested

The rapper was ordered to pay a fine after being arrested in St. Kitts in the Caribbean on Saturday night (June 25th 2016) for using the word 'motherf***ing' in public. 50 Cent was performing 'P.I.M.P.' from his 2003 debut album 'Get Rich or Die Tryin'', and he - whether intentionally or obliviously - finished off the hook with 'No Cadillac, no perms, you can't see/ That I'm a motherf***ing P.I.M.P.'.

It seems he was meant to bleep out that particular profanity as it's illegal to use in public in the Caribbean. Sources revealed to TMZ that the rapper had in fact been warned about it, but it seemed to go over his head once he was behind the mic on a stage in front of 40,000 people.

However, 50 isn't looking at any major punishment; after being taken down to the station by police after his performance, he was told to hang around St. Kitts in order to attend court today to pay his fine. It isn't the first time a rapper has faced legal issues over cursing during a show. In 2003, DMX (aka Earl Simmons) was also arrested after a concert in St. Kitts for using bad language, but he later claimed that he had not been warned of the consequences.

According to Caribbean law, 50 is looking at a fine of $1,500, and if he refuses to pay that, he could face at least a month in jail. Though we suspect he'll go for the former option.