5 Seconds of Summer Star Michael Clifford Crashed A Car Just Days After He Got His Licence As He Was Checking His Phone. 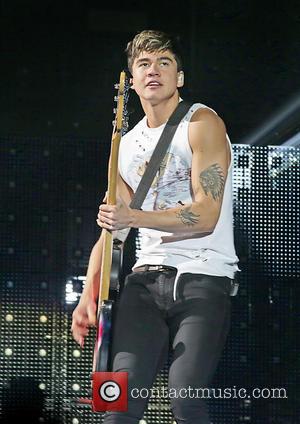 The Australian guitarist rear-ended another vehicle when he accidentally released the brake as he was waiting at a red traffic light.

The incident made him run late for his flight from Los Angeles International Airport at the end of September (15).

"I was just really stupid. We were sitting at a red light and I was looking at something and I just let go of the brake."

When asked what he looking at, Michael replies, "I can't even remember... I think I was just looking at my phone."

He then insisted U.S. laws on cell phone use while driving were relaxed, adding, "You're allowed to FaceTime (video call) and drive."

Michael did not explain what happened between the car owners after the incident, but he did manage to catch his flight.