5SOS: We want to outlast the Stones

5 Seconds of Summer want to outlast The Rolling Stones and The Who when it comes to performing live. 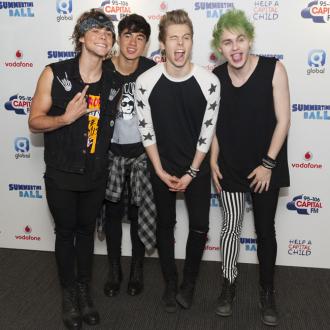 5 Seconds of Summer want to outlast The Rolling Stones and The Who.

The Australian pop punk band - whose self-titled debut album is set to hit the top spot this week and is already number one on iTunes in 69 countries - plan to keep performing live for years to come.

Drummer Ashton Irwin, 20, told the Daily Star newspaper: ''We'd love to be here for another 50 years.

''For me as a fan, one of the coolest things is growing up with bands and seeing them evolve.

''I started listening to Green Day when I was 11, and I still listen to them now. They deliver the sound-track to your lives.''

The band, known as 5SOS, drew huge crowds in Milan this week and their new record includes songs such as 'Kiss Me Kiss Me' and 'End Up Here'.

Talking about their loyal fans, bassist Callum Hood, 18, said: ''It's the best feeling being able to give them our music. We've been writing our album for two years and from day one the fans have been begging us to hear it.''

Ashton admits people thought their album would be ''watered down'' because they'd signed to Capitol Records.

He said: ''But we found a really supportive group of people and put out an album that we're really proud of.''

The group - also made up of singer Luke Hennings and guitarist Michael Clifford - are based in the UK at the moment but haven't forgotten their friends Down Under.

Ashton added: ''We feel like we're representing out country because Australia hasn't had anything big for a while.''