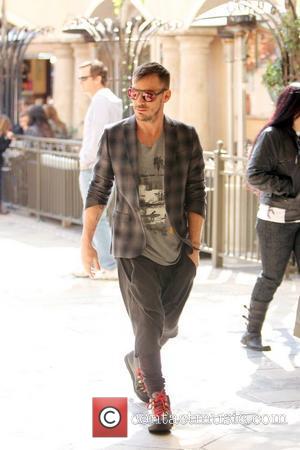 Jared Leto's band 30 Seconds to Mars cancelled their headlining appearance at the Pukkelpop Festival in Belgium on Thursday (18Aug11) after three music fans were killed during a stage collapse earlier in the day.
A stage gave way as rockers Smith Westerns were performing at the three-day long event. Reports suggest severe rain storms and winds weakened the structure.
Leto took to Twitter.com immediately after the incident to update fans, warning festivalgoers about the severity of the weather conditions.
He wrote, "Four stages down - still raining + thunder if you are here please be safe... Serious injuries at the festival. More bad weather poss (possibly) heading this way. Please take care and caution."
A little later Leto and his band opted not to perform out of "respect" for the victims.
A statement from the actor/rocker on the group's website reads, "Our deepest thoughts and sympathies to the families and friends of those who lost their lives today at the show in Belgium. We are absolutely devastated that this celebration ended in tragedy. To those that were injured we are sending thoughts and prayers.
"Obviously under these horrible and dangerous circumstances, and out of respect for those who have passed, Thirty Seconds to Mars will not be playing. We love you all and hope tomorrow brings a better day."