2 Chainz To Appear On Upcoming Episode Of '2 Broke Girls' 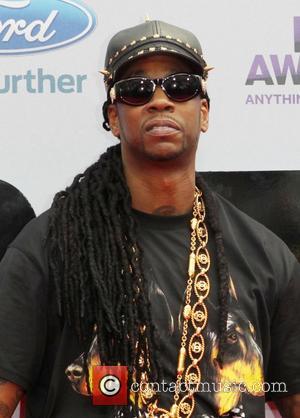 Rapper 2 Chains is set to appear in an upcoming episode of CBS' hit comedy 2 Broke Girls that will air the night after the Grammys on February 11.

The opportunity for humour will be all-over as the world of cupcake making and hip hop come hurtling towards each other in an episode where the rapper will appear as himself, the Hollywood Reporter writes, in an episode that will see the two girls (Kat Dennings and Beth Behrs) getting shipped over to the Grammy's by a record executive that has fallen for Max (Dennings).

The episode will see Max and Caroline rubbing shoulders with the 'Birthday Song' hit-maker as they fly (a first for Max) from east to west coast for the awards show. The show will air on CBS, Monday 11 Feb. at 8/9c.

2 Chainz meanwhile will be looking forward to the night before until the show airs, with the rapper up for two Grammys on the night. He will be up for best rap song for his guest-spot on Kanye West's "Mercy" (with Big Sean and Pusha T) and best rap album for Based on TRU Story. Earlier this year the rapper's Grammy nominated debute entered No. 1 on the Billboard 200 Albums chart in August.