Rapper 2 Chainz Has Been Slapped With A $5 Million (£3.3 Million) Lawsuit Over A Derogatory Term He Fired Off At A Fan. 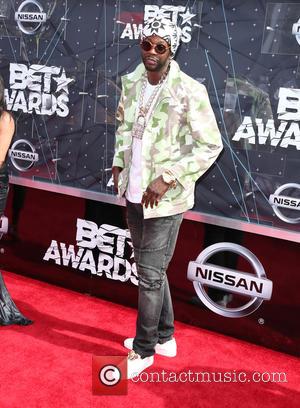 Christine Chisholm claims she was invited backstage at one of the I'm Different hitmaker's shows last year (14) and the meeting was caught on video.

Chisholm alleges 2 Chainz, real name Tauheed Epps, referred to her as a T.H.O.T, an acronym for 'that hoe over there', in the video and cost her her job after the recording went viral, according to TMZ.com.

Chisholm claims she has been subjected to abuse and harassment and her reputation has been damaged.